In a bustling Saturday night in a Lower Manhattan bar, we met up with a friend of the controversial journalist Milo Yiannopoulos and the organizer of the project “Twinks4Trump” Lucian Wintrich and asked him about the project, elections in the United States and what is alt-right.

— First of all, tell us about your movement or project.

— It’s not really a movement, it was an art project, meant to show other Americans that it doesn’t matter where are you from or how do you look like it’s fine to support president Trump. A lot of Americans make fun of Trump supporters and claim that they are fat, middle-aged people from the middle of the country –that’s a completely false representation. The whole goal of this project was to put Trump hats on attractive gay guys from New York, largely as a ‘fuck you to Liberals’.

— So, how do you react when people call you racists, bigots, sexists, and so on?

— People have called us bigots, racists, sexists and transphobic, they even said that I’m homophobic, that I hate gay people, which is all nonsense, honestly. They don’t have any real examples. At this point, liberals in America, and they’ve been doing this for the last 30 years, scream that you’re Nazi, you’re racist, fascist, homophobe, but it’s wearing down now. People don’t give a shit. You can call me whatever you want, it’s not true and you’ll look like an idiot. For me, it’s the same as I turn to you and say “I think you’re a black man” – “Well, I’m not”, right? It’s a bullshit. The Left and Liberals in this country have been acting like children more and more, they don’t actually read the news, they think it’s proof enough if they hear these names thrown. It’s not effective anymore.

— You know, around Trump, there’re people who’re against gay marriage, what do you think about it?

— Do you think that you can change the minds of the core Republican voters?

— Why do you think Trump is the best choice for LGBT community?

— We’re facing an incredible threat coming from the Islamic community. If you look at Sweden, Denmark, Germany, France, there are terrorist attacks at least once a week. A man just got off for raping 15-yo girl at a pool in Germany and the judge could let him off because his defense was that he had not had sex for a while, and he’s used to be raping people in Ghana.

We have violent people coming over who believe in a violent ideology and for what whatever reasons we must let them come in? They’re the ones who have called for the mass murder of gay people too. So, Donald Trump was the only candidate to see that and to say, okay, there’s a problem with Islam, we should not be opening our doors, we need to figure this out. Hillary Clinton wanted a 500% increase in Syrian refugees, on Islamic immigration. Insane. Terrible. Doesn’t Russia have an influx of Islamic immigrants?

— Of course, it has. You know, we’re the second country in the world after the US by the number of illegal immigrants, and most of them are Muslims, by the way. We have a policy of open borders with Central Asia, there’s a huge mess. Do you think you think you can win a struggle against the Left for LGBT community?

— I think that gay community in America, partly, is about fucking with people and having fun with them from a cultural perspective. With the current cultural climate, I think that gay conservatives have more fun, we’re able to make fun of more people and be more creative. So, the more people see that conservatives, especially gay conservatives, are enjoying life and not being such faggots (to make a joke), it’ll all be over. The vast majority of people I’ve sat down and discussed politics with do agree with me, be them gay or straight. The policy Trump is putting forward is better for all Americans and gay community will benefit from that as well. 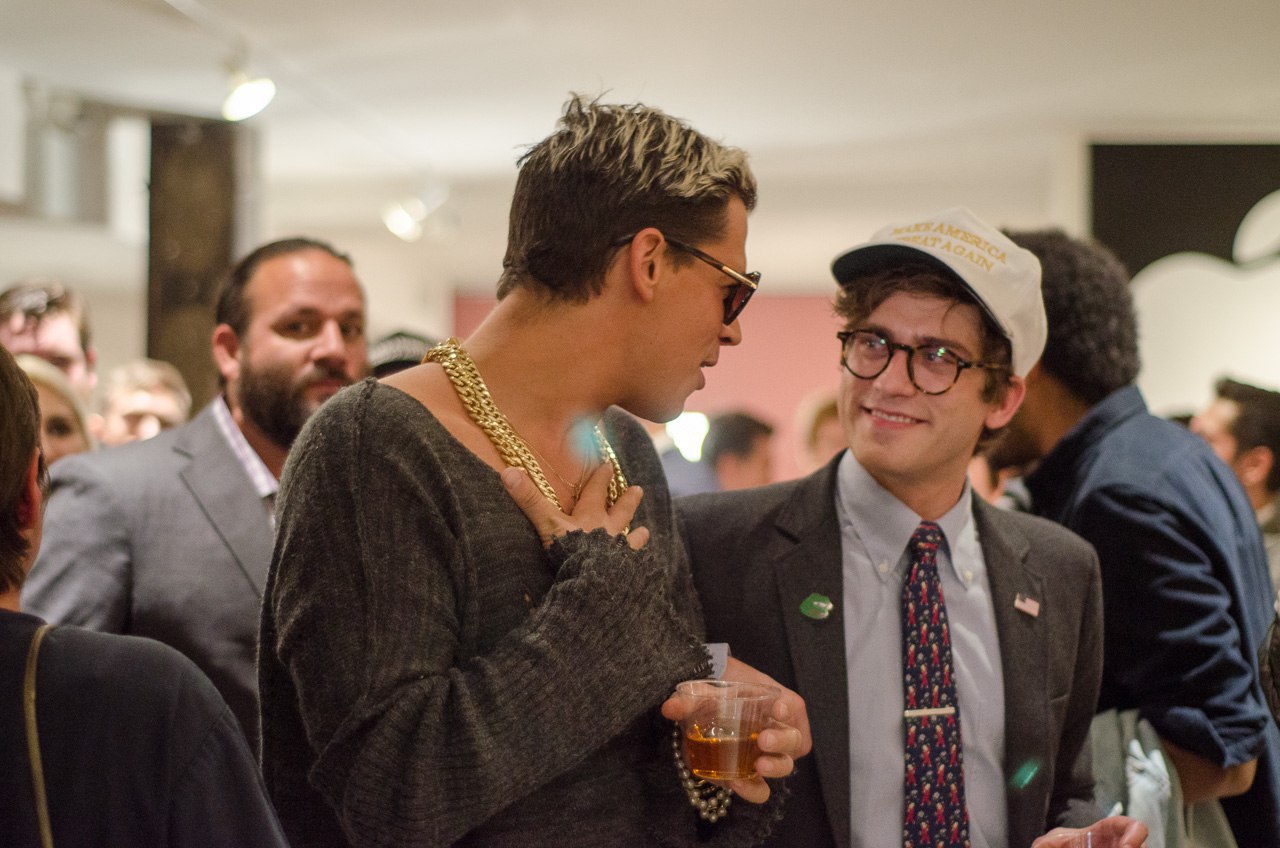 — How could you comment on the recent riots at Berkeley and on the atmosphere at the American colleges and on the campuses?

— The Left right now, Antifa, they’re in fact fascists, they were beating people with pipes in California. Another friend of mine just spoke at NYU and they were spraying Bear Mace on conservatives there. Another conservative was attacked and hit with a wrench. These Antifa are against me and Milo, obviously. But if you think of what fascism is, it’s stopping free speech, free expression, so who are the real fascists? It’s the people wearing masks, who are beating people with pipes, wrenches, and spraying chemicals at them.

— I think it was Churchill who said that the fascists of the future would call themselves anti-fascists.

— It’s absolutely true! To be honest, I don’t think they’re going to last very long. The Left in America has gone so violent and so irrational, they’re like overgrown children who still don’t realize that we’re doing what’s the best for them.

— Exactly. The second, more people see the violence that the Left is doing, while we, the Right, are not that violent for the most part. I did talk with Milo about that awhile back, he broke into an event. The more people see how violent the Left has gone, the fewer people will associate with them and the less power they will have. That’s what happening. 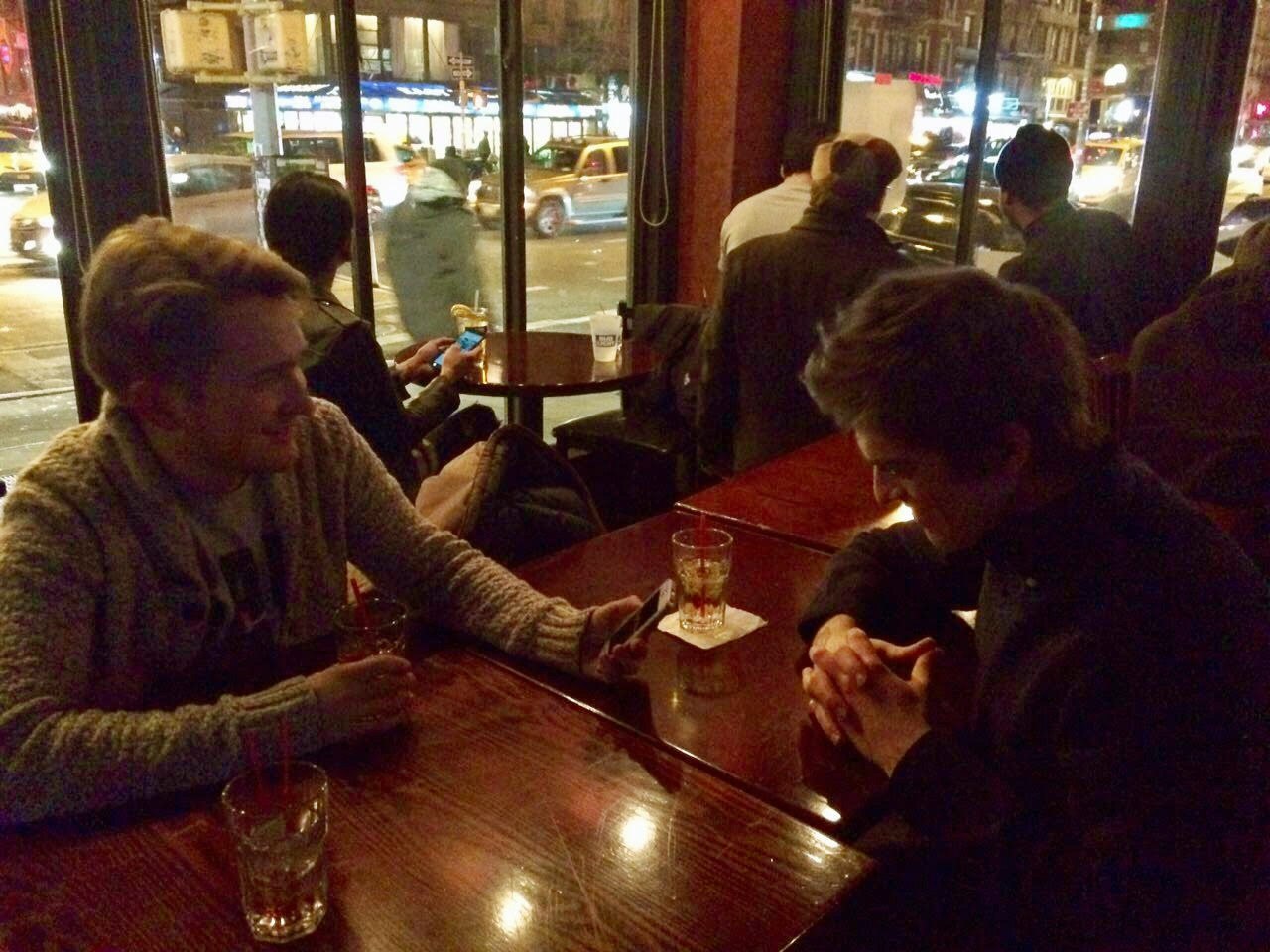 — What do you think about the alt-right, do you have anything in common with this movement?

— I previously considered myself as an alt-right. Alt-right previously, three months ago, meant libertarian anti-globalism, secure borders, old school conservative stuff. Richard Spencer, on the other hand, wrote an article that we need start thinking about killing black Americans. I, obviously, don’t agree with that. After he became quite well-known in America, he took over the term alt-right. It used to be a larger term but he fucked the term up for libertarian and liberty minded people, and made it unusable for us. Now a lot of us started calling themselves Alt-Lights. We don’t believe in killing black people, we do not believe in any sort of violence against other people, but we do believe in libertarianism and definitely for anti-globalism, secure border controls. Maybe it’s a new conservatism because many young conservatives believe in these very similar things. A new book ‘The Less You Know the Better You Sleep’ by David Satter, a well-known political writer and specialist on Russia was released in the U.S. In his book, he recounts the history of post-communist Russia through the prism of provocations and terror against its own people perpetrated by the government under both Yeltsin and Putin. The editor of RuFabula met David Satter in Washington and talked to him about the new book and the fate of Russia.